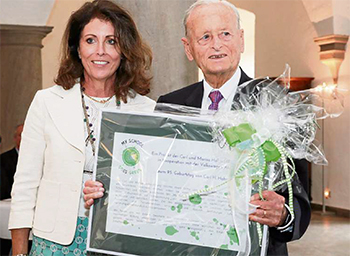 On the occasion of his 95th birthday, Pia Hahn Morocco presented her father on behalf of the Foundation the new climate protection funding competition “My School Goes Green”, which is endowed with 400,000 Euros. Carl H. Hahn will be the patron. In the competition, students are asked to come up with innovative ideas on how to modernise their school in a more sustainable and environmentally friendly way. “There are no limits to imagination as long as the outcome remains predictable. The best ideas will be implemented,” explained Hahn Morocco, “Wolfsburgs’ schools are to become the most sustainable in Germany. They should be a model for the whole of Europe.” 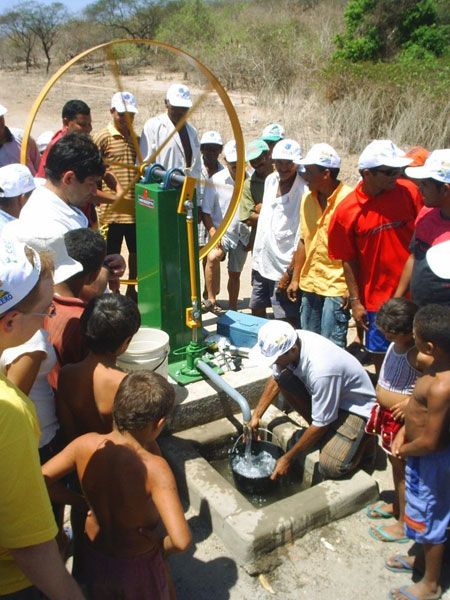 As part of the partnership project “Trotz Dürre leben” (“Surviving the drought”), the Wolfsburg-Helmstedt deanery has been working with the relief organization MISEREOR to support small farmers in an arid region in north-eastern Brazil since 2002, thanks to the patronage of Carl H. Hahn. To date, over half a million euros have been collected in donations, which have been used to purchase and install water pumps as well as for training. More than 1,000 pumps have now been put into operation, which provide vital aid for the population, especially during the long periods of drought. By helping the inhabitants to help themselves, several thousand people in hundreds of villages have been given the opportunity to establish a modest existence for themselves.

To mark the Year of Germany, Federal President Gauck visited the arid region during his stay in Brazil in May 2013, and was able to see for himself how the “people’s pump” works and its benefits.